Ammonia, the fuel of the future

(You may, if you wish, sing that to the tune of Columbia, the Gem of the Ocean.)

Back in 2009, at Foresight, I wrote a post on the prospect of ammonia as a fuel, basically as a hydrogen carrier:

What will your car run on in 2020 or 2030? What form of energy storage and transmission will allow intermittent energy sources, such as wind and solar, to be a viable input to the economy?

There’s a good chance, of course, that cars will still run on gasoline — its demise has been predicted early and often — but there are also lots of reasons that petroleum will not be a sound basis for a rapidly-expanding economy. We’ll want to save the hydrocarbons as a feedstock to our nanofactories…

Why not batteries? For cars, in particular, batteries are heavy but they are also inefficient. You lose a lot of energy by storing it in a battery and taking it out again. Almost certainly, nanotech will allow us to build lighter, more efficient batteries, or their equivalent, such as ultracapacitors. But that comes with a major drawback: the higher the energy density of a closed-cycle battery, and the more quickly you can charge it, the more quickly it can release its energy. In simple terms, a really good battery would be a bomb.

The answer to both weight and safety concerns is an air-breathing battery. Only storing one of the two reagents saves weight, and means that the potential energy isn’t in the battery, but in the battery and a large volume of air.

The answer has always been hydrogen. (I assume hydrogen in Nanofuture, for example.) Hydrogen is very light. It’s fairly safe — since it’s lighter than air, a leak dissipates rather than forming an explosive mixture. It can be generated from water by electrolysis and used in fuel cells with decent efficiency (about twice that of internal combustion engines). It seems likely that nanotech will give us ways to separate and recombine hydrogen that produce a very high-efficiency energy-storage cycle.

But there are some drawbacks: hydrogen is bulky, though light, and it needs to be stored at very low temperatures. It’s a real pain to deal with, and that means it’s expensive to deal with. Storage and transportation quadruple the cost of hydrogen as a fuel (see the bottom of the last page here).

Turns out the best way to deal with hydrogen is to use some highly hydrogen-bearing compound, such as methane. This is in wide use as a fuel, in the form of natural gas. (Alternative forms are the alcohols, such as methanol and ethanol). But we are still stuck with that carbon, and not only does it produce CO2 emissions but intermediate products such as CO tend to poison present-day fuel cells. 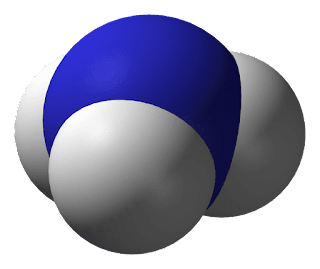 An often-overlooked alternative is (anhydrous) ammonia, NH3. Because it’s a polar molecule, it’s easier to liquefy than methane (-33C as opposed to -162C). A liter of ammonia contains more hydrogen than a liter of hydrogen. It’s easy to crack into hydrogen and nitrogen — nitrogen can be emitted without worry since it is already 78% of the atmosphere. You could burn ammonia in a big, powerful, fuel cell, or even a big, powerful internal combustion engine, indoors without the kind of problems you’d get with carbon-bearing fuels. There’s a fairly easy path to using ammonia as a fuel. It’s already produced in major industrial quantity and there are thousands of miles of ammonia pipelines. It’s a good fuel for current-day fuel cells, and near-term nanotech is likely to improve the catalysts for all parts of the cycle.

Looks like I may have gotten one right, especially that last sentence. We note the following from Rice:

HOUSTON — (Oct. 4, 2018) — Rice University nanoscientists have demonstrated a new catalyst that can convert ammonia into hydrogen fuel at ambient pressure using only light energy, mainly due to a plasmonic effect that makes the catalyst more efficient.

A study from Rice’s Laboratory for Nanophotonics (LANP) in this week’s issue of Science describes the new catalytic nanoparticles, which are made mostly of copper with trace amounts of ruthenium metal. Tests showed the catalyst benefited from a light-induced electronic process that significantly lowered the “activation barrier,” or minimum energy needed, for the ruthenium to break apart ammonia molecules.

The research comes as governments and industry are investing billions of dollars to develop infrastructure and markets for carbon-free liquid ammonia fuel that will not contribute to greenhouse warming. But the researchers say the plasmonic effect could have implications beyond the “ammonia economy.”

The other development in the interim is that the technology for hydrogen fuel cells is getting within hailing distance of piston internal combustion engine power/weights. (But they ain't cheap!) So come 2030, who knows, you might not need that turbine after all.
Posted by J Storrs Hall at 8:11 AM